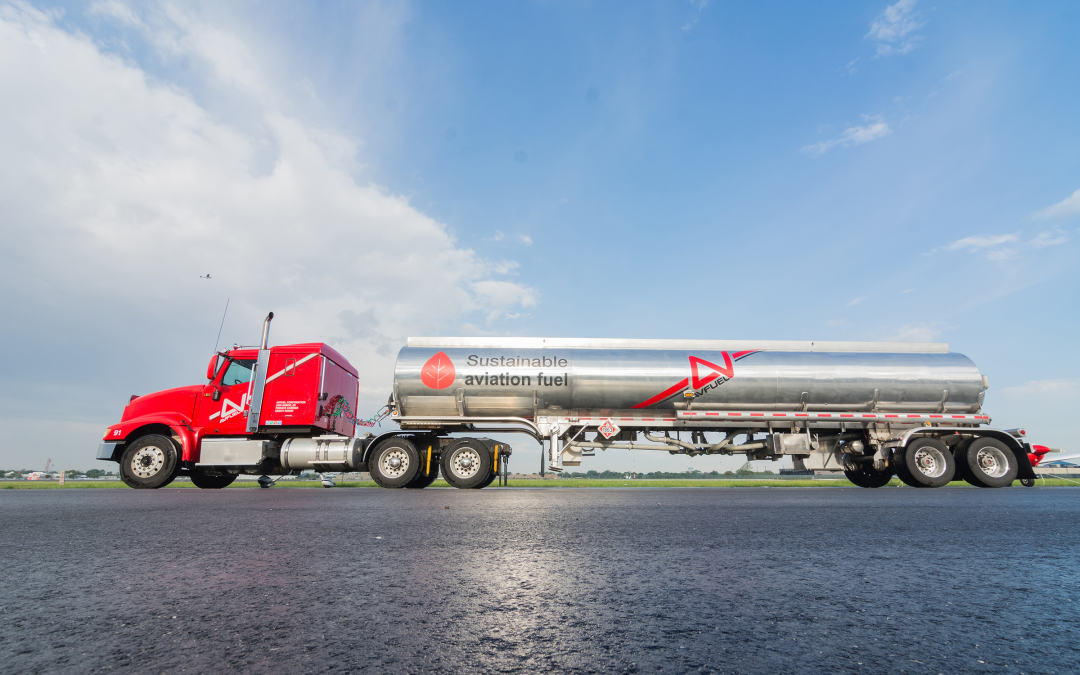 Avfuel is making the investment through its subsidiary, Avfuel Technology Initiatives Corporation (ATIC).

Alder Fuels converts abundant biomass, such as regenerative grasses and forest and agricultural residues, into sustainable, low-carbon crude oil that replaces fossil crude in existing refineries producing aviation fuel. When calculating the fuel production carbon life cycle from field to wingtip, Alder’s technology has the ability to produce an ultra-low to negative carbon crude oil that, when refined, meets current jet fuel specifications. Alder’s biocrude refined into SAF is currently in the process of global certification as a 100% drop-in replacement for petroleum-based jet fuel and anticipates the SAF will become available in the first quarter of 2024.

As part of the agreement, Avfuel will purchase 1 billion gallons of SAF over a 20-year period, and use the SAF to supply both business and commercial aviation globally. Avfuel’s purchase agreement is the first ever long-term offtake from a fuel supplier, making this partnership the largest publicly-announced SAF agreement in business aviation history and opening the door to realizing business aviation’s commitment to obtaining net-zero status by 2050.

“Avfuel is committed to providing sustainable solutions for its customers, including business aviation, fixed based operators and airlines,” said C.R. Sincock, executive vice president of Avfuel. “We have been a forerunner in supplying SAF to business aviation and this transformative agreement builds upon our commitment to lead its adoption. Avfuel is making investments via ATIC to ensure SAF is available and we are excited to partner with Alder in scaling the fuel globally. This is an important milestone in business aviation’s SAF adoption story, but we realize reaching net zero targets will require a collective effort industry-wide to provide and embrace sustainable fuels. Only together can we reach this new height.”

According to the U.S. Department of Energy (DOE), U.S. forestry residues and agricultural residues alone could provide enough biomass energy to generate more than 17 billion gallons of jet fuel and displace 75% of U.S. aviation fuel consumption. If the U.S. were to broadly adopt regenerative agricultural practices, which capture more carbon in healthier soil compared to traditional methods, the U.S. could generate an additional seven billion gallons of SAF, which would completely replace the country’s current fossil jet fuel consumption.

Prior to founding Alder, Sherbacow built the world’s first SAF refinery in collaboration with Honeywell and United Airlines in Paramount, Calif.  Alder’s research is supported by the U.S. Defense Logistics Agency, the DOE and a partnership with DOE’s National Renewable Energy Laboratory (NREL), focused on developing technology to process organic waste and sustainable, non-food plant material into carbon-negative transportation fuels.

Avfuel provides fuel and services—including sustainable fuel and initiatives—to the global aviation industry and is the leading independent supplier in the United States. Established as a supply and logistics company nearly 50 years ago, Avfuel is core competent in every aspect that surrounds the delivery of fuel—from refinery to wingtip. Avfuel combines global access with personalized service throughout a fueling network of more than 3,000 locations worldwide and 650+ Avfuel-branded FBOs. Our 100% dedication to aviation demonstrates our passion and commitment to a global community that prospers on the movement of goods and services around the world. For more information, visit www.avfuel.com.  Marci Ammerman can be reached at 734-663-6466.

About Alder Fuels
Alder Fuels, founded by biofuel and aviation industry entrepreneur Bryan Sherbacow, is a process technology and project development company in the low-carbon to negative-carbon energy industry. Alder is commercializing a process to produce bio crude oil that is low carbon and carbon negative depending upon the bio-feedstock, scalable, and cost-competitive with the petroleum it replaces. Critical to rapid, world-scale deployment, the process will be compatible with the existing petroleum refining and logistics infrastructure.  The company’s collaboration with United Airlines, Honeywell UOP and, now, Avfuel Corporation is expected to propel use of new forms of biomass to power commercial and business aircraft, reduce fossil fuel consumption and commercialize technologies benefiting the public. It builds upon the stakeholders’ collective mission to pioneer commercialization of industry-leading SAF technology.  For more information about Alder Fuels, visit http://www.alderfuels.com/.