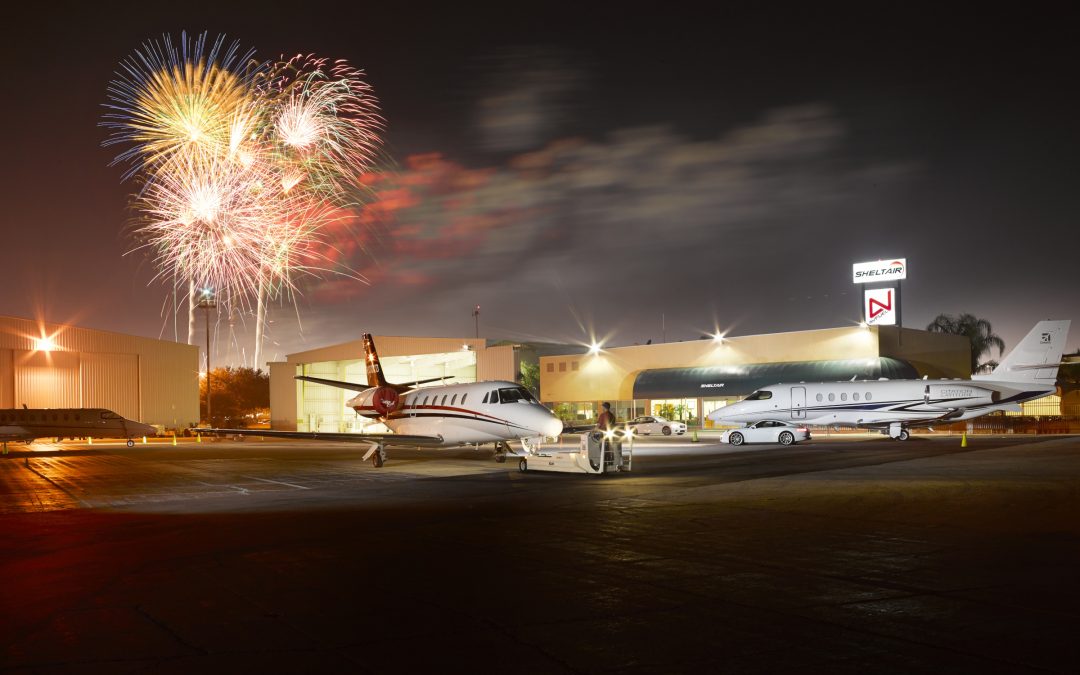 Sheltair DAB reported supporting more than 100 arrivals for the event, which culminated in a sold-out Daytona 500 race on Sunday, February 20th.

“We were ready for an influx of traffic and hopeful that we’d see a robust showing,” said Erika Estrada, Sheltair’s General manager at Daytona Beach International Airport. “The
turnout was astounding. I am proud of our team that made the Speedweek experience for our customers fun and efficient with safe, dependable services.”

To best serve customers with speedy service, Sheltair Daytona Beach recruited the assistance of team members from other areas of Sheltair FBOs, including Lakeland
(KLAL), Orlando (KORL), Melbourne (KMLB), and Jacksonville (KJAX). The added personnel ensured a positive guest experience with the utmost consideration for safety.

To add to the festivities, FlightSafety hosted a well-received Pilot Pit Stop at Sheltair’s FBO. Crews and guests were invited to a hospitality tent to watch the races along with
catered food, beverages, and games.

Sheltair was also pleased to host the U.S. Air Force Thunderbirds for their flyover performance. The squadron arrived eight days prior to the event and executed all of its
performance planning at the award-winning FBO. Touting an exceptional pit crew from taxiway to speedway, Sheltair guests enjoyed easy
access to the racing venue and could easily walk to the Daytona International Speedway due to the FBO’s unique location at the airport.

Erika concluded, “We are thankful to our guests who entrusted the Sheltair team with their aviation needs for one of Daytona’s main events. We take pride in the high-ranking
services we provide to the aviation community in Daytona, supporting students, general aviators, airlines, and the U.S. military forces.”

About Sheltair
Sheltair is a family-owned company that enjoys a national reputation for its superior customer focus and service-driven corporate culture. Founded in 1963 by Jerry Holland,
father of current Sheltair President Lisa Holland, it is the nation’s largest privately-owned aviation network, proudly operating 16 award-winning FBOs and a portfolio of over 4.0
million square feet of aviation-related properties across the country. https://sheltairaviation.com/