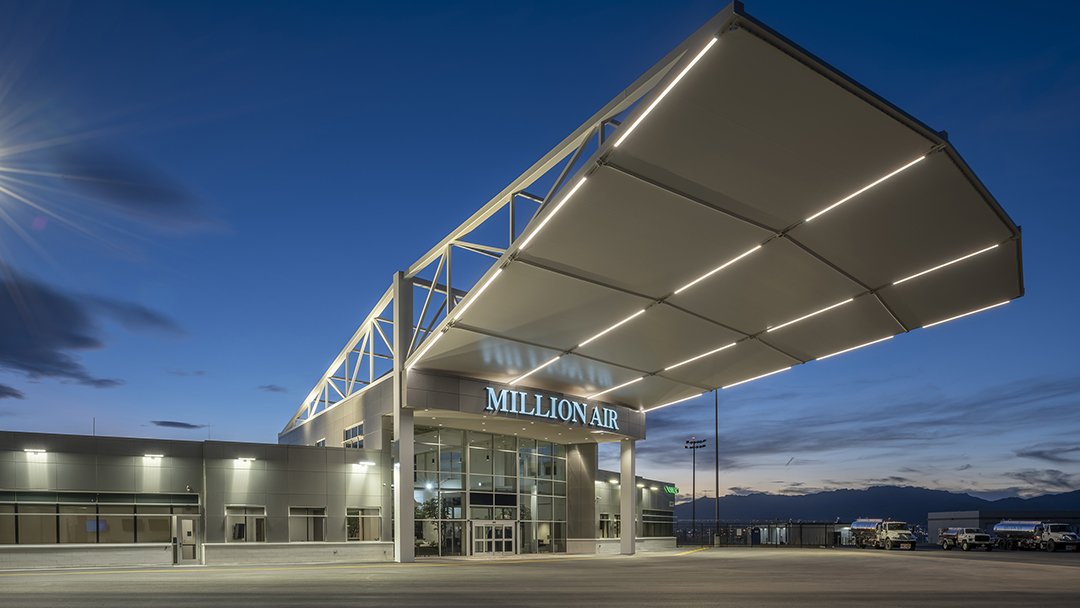 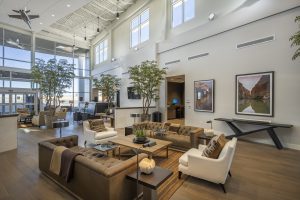 Million Air spared no expense to make its 32nd location second-to-none, matched only by the top-tier customer care its expert team provides planes, pilots and passengers.

The new facility includes a 10,000-square-foot VIP lobby, featuring an industrial design befit the modern traveler, and warm, natural accents for an inviting southwestern atmosphere. Additionally, a 20,000-square-foot hangar is ready to house aircraft on-demand or via lease agreements for based operations. Upon arrival, travelers are met by a stunning aircraft porte-cochere and a ramp large enough to accommodate any size aircraft.

Customers who fly in to the FBO will enjoy access to a state-of-the-art flight planning room and four conference rooms that afford for efficient business on the go. Moreover, a café energizes visitors while a comfortable pilot’s lounge and snooze rooms provide some well-deserved respite. Of course, Million Air ELP’s exceptional team stands ready to care for a variety of needs, from catering to ground support. 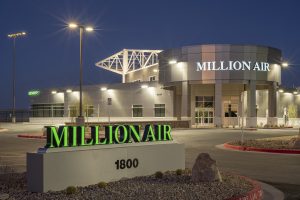 As an Avfuel-branded location, Million Air ELP provides customers with lucrative rewards with AVTRIP and competitive prices with Avfuel Contract Fuel. In addition to contract fuel, customers will benefit from transaction ease when using the Avfuel Pro Card at the FBO with the ability to put everything—fuel and non-fuel items with or without a fuel purchase—on one transaction, avoiding processing fees.

To celebrate its opening and partnership with Avfuel, Million Air ELP is pleased to offer AVTRIP members triple (6) points per gallon on top-offs now through April 15, in addition to deep fuel discounts via Avfuel Contract Fuel the first two weeks of April, as will be posted on Avfuel.com.

“The Million Air El Paso team is excited to greet traffic to our new facility for an unmatched experience in amenities and customer care,” said the FBO’s manager, Adrian Salinas. “We’re passionate about serving the aviation community and proud to serve as both a first-class gateway to the El Paso community and a quick stopping point for reliable aviation care.”

Avfuel provides fuel and services to the global aviation industry and is the leading independent supplier in the United States. Established as a supply and logistics company more than 45 years ago, Avfuel is core competent in every aspect that surrounds the delivery of fuel—from refinery to wingtip. Avfuel combines global access with personalized service throughout a fueling network of more than 3,000 locations worldwide and 650+ Avfuel-branded dealers. Our 100% dedication to aviation demonstrates our passion and commitment to a global community that prospers on the movement of goods and services around the world.