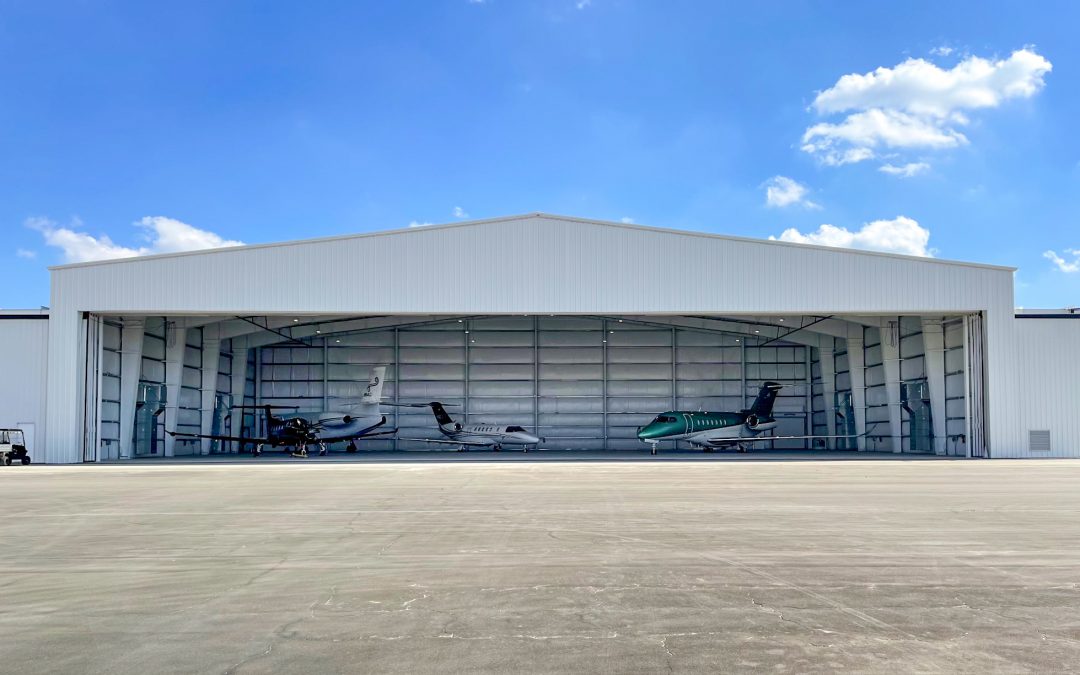 Ocala, Florida – Sheltair Aviation completed the construction of its new 20,000 square foot
hangar at the Ocala International Airport (KOCF), announcing that the facility is now fully
operational and open for business. The family-owned company celebrates this project’s
realization, aiming to fulfill the future needs of a growing general aviation community in the Ocala
Market.

Sheltair first announced the construction of this new hangar in the month of February, when in
partnership with The City of Ocala, it unveiled its new state-of-the-art FBO and airport terminal
building. The company recognized that the addition of a large-cabin class size hangar would
further elevate its customer’s experience.

“Our new hangar at the Ocala International Airport fully complements the FBO terminal we
inaugurated earlier this year,” said Sheltair’s Chief Operating Officer, Todd Anderson. “We are
thrilled to provide our clients with a world-class facility that is supported by our award-winning
FBO service and ability to accommodate the latest generation of aircraft.”

Sheltair has also noted that it maintains its efforts to ensure the health and wellness of its
customers and employees. The FBO earned its NATA Safety 1st Clean certification in August and
continues to monitor all issued CDC and local authority guidelines.

Those interested in making reservations or securing hangar space at Sheltair OCF are encouraged
to contact Kyle Van Atta at (352) 237 3444, [email protected]; or Francisco Alonzo
at (407) 854 1818 [email protected] Customers can also submit online inquiries
through Sheltair’s online portal at www.sheltairaviation.com.