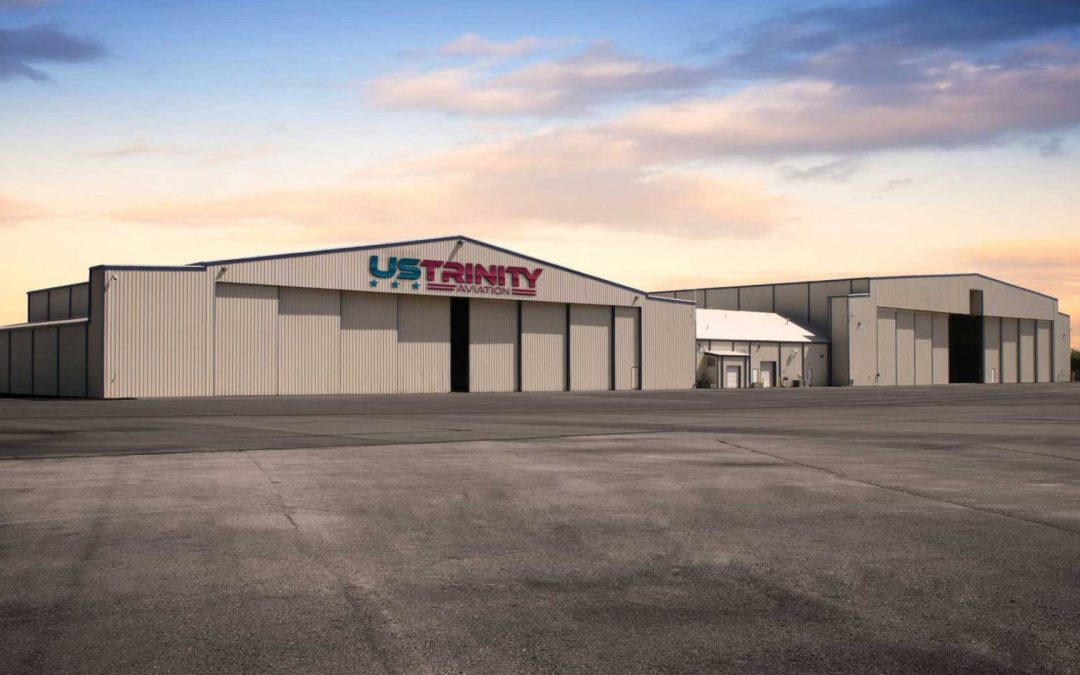 Curt Epstein / AIN – US Trinity Aviation has become the second FBO at the Dallas-Fort Worth-area Denton Enterprise Airport. The company began operations on September 1 out of a former Greenpoint Technologies facility that was vacant for several years after the aircraft completions specialist consolidated its operations at another location in the area.

“The existing layout is spacious and well-appointed for an FBO,” general manager Damon Ward told AIN, adding the only thing lacking is better presence on the ramp side, which is currently under construction. “We are adding a new ramp-side lobby and pilot lounge, executive restrooms, and designated computer stations/business center.”

The company had hoped to announce its grand opening and debut next week at NBAA-BACE, but the event was canceled due to Covid concerns. Instead, a local ribbon-cutting ceremony will take place in mid-October, coinciding with the completion of construction.