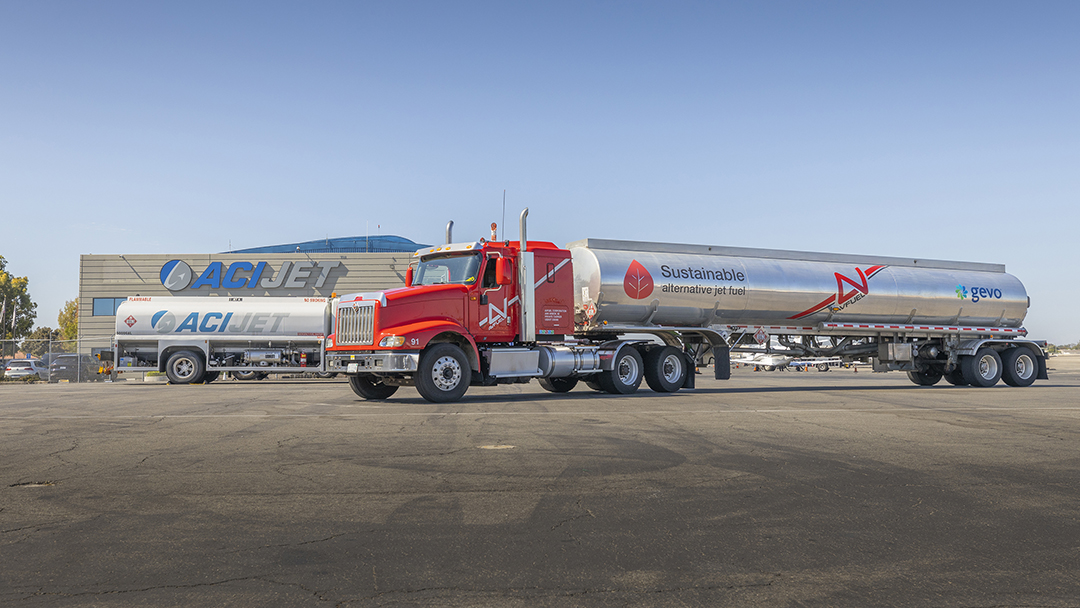 The fuel supplier also has plans to deliver another 7,300 gallons of SAF to ACI Jet, splitting the load between the operation’s San Luis Obispo (KSBP) and Paso Robles (KPRB), California, locations in the coming weeks.

In total, ACI Jet will receive 14,600 gallons of the product for a four metric ton reduction in CO2 emissions, supporting the FBO network’s sustainability goals—along with those of its green-minded customers. The fuel, to be placed in ACI Jet’s general fuel storage tanks, will be uplifted into any aircraft requesting jet fuel following the deliveries.

“ACI Jet has proven our commitment to remaining innovative in all of our business activities,” stated Andrew Robillard, ACI Jet’s Vice President of FBOs and Facilities. “In aviation specifically, sustainability is the new frontier for innovators, and we’re excited to work together with Avfuel in setting a new benchmark for others to follow.”

“The Avfuel team is proud to partner with such an upstanding, sustainably-focused operation like ACI Jet as we work together to make SAF available to the greater business aviation market,” said Mark Haynes, vice president of sales for Avfuel. “Despite the hardships aviation, and our world, has endured these past many months, we continue to look ahead to a brighter, cleaner future with the use of sustainable products. These demonstration days are one more important step forward for our world’s wellness.”

Avfuel continues to work diligently to source, test, blend and ship SAF for special offtake demonstrations and events within the business aviation community. While a commercial ratable scale of SAF is still the industry’s greatest hurdle for its widespread adoption, Avfuel hopes raising awareness can inspire commitments and demand for SAF to further encourage production.

Those interested in learning more about sustainable aviation fuel are encouraged to visit avfuel.com/Fuel/Alternative-Fuels or contact Keith Sawyer, manager of alternative fuels, at [email protected] for more information.

Avfuel sources it concentrated SAF from Gevo, Inc., and blends it with petroleum-based jet fuel. This mixture is then tested for fuel quality and to ensure it meets ASTM D1655 standards. The product has a net benefit to the environment across its lifecycle. Created from cornstarch, for every one million gallons of the concentrated SAF that is produced, approximately 10 million pounds of animal feed and protein is sold into the food chain, and the final jet fuel product burns cleaner, reducing carbon emissions released into the atmosphere.