How Avfuel Strategy Made It A Sign Of The Times 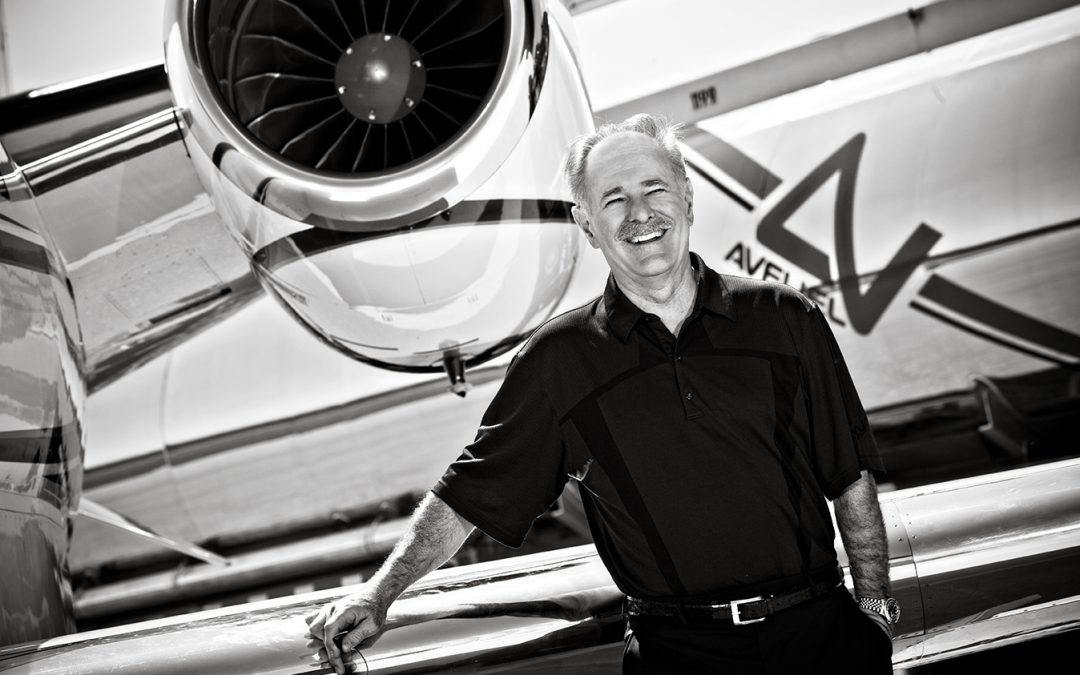 William Garvey / January 10, 2020 / Aviation Week Network –  As everyone who has lived the experience knows, getting assigned roommates as a college freshman is the luck of the draw. If they turn out to be serious students, but social, funny and good-natured, you win. Get some slovenly slugs who party hard while abstaining from study, and, well, it’s a long semester.

For University of Michigan frosh Craig Sincock, the match brought a life-changing surprise, as things turned out. The strangers sharing his new Wolverine den were not just ordinary undergrads, but certified flight instructors (CFI) who were keen to practice their craft on him. And he readily agreed, becoming an avid member of the Michigan Flyers in the doing.

By the time he graduated from the Ross School of Business, Sincock was a committed aviator. Unlike his CFI roomies headed for piloting careers, he put both his degree and pilot’s license to good use working in investment banking and corporate consulting. To meet with clients, he would often fly himself to their places of business.

One was a small, four-person operation begun in Ann Arbor in 1973 to supply fixed base operators (FBO) in Michigan, Ohio and Indiana with Jet A and avgas. Intrigued by the little outfit’s potential and its all-aviation focus, Sincock bought the company when it became available in 1983. It proved to be another good match.

At the time, fuel was delivered into aircraft under a variety of brands including Phillips, Shell and Amoco. However, Avfuel’s new owner questioned the business sensibility of deferring his company’s name to enhance big oil brands. Not long thereafter, Avfuel, when possible, began putting its name above the pumps. That signage proliferation expanded considerably in 1988 when Avfuel acquired Pride Aviation, a West Texas refiner with dealers in Western states, and replaced the Pride signs with its own. Five years later, it repeated that process when it acquired Triton Energy’s FBO businesses, located mainly in Texas and the Southeast, and then again when it assimilated Texaco Aviation. Today, the Avfuel sign stands at more than 650 branded FBOs across North America and Europe.

Avfuel is not a refiner; rather, Sincock describes his company as a critical distribution provider that delivers fuel to 5,500 customers including flight departments, airports, passenger and cargo carriers, the military and rotary-wing operators in addition to FBOs, 21 of which it owns. And it does so in 120 countries. In that daily far-flung process, company personnel note customers’ pain points and consider whether Avfuel might provide relief.

Over the years, those deliberations have resulted in 31 acquisitions through which Avfuel provides insurance for pilots, airports, distributors and related facilities; designs and installs fuel storage tanks; manufactures and maintains tanker trucks and refueling equipment; offers flight-planning and trip-support services; and leases aviation equipment. In so doing, Sincock says his company in some way touches one of every three U.S. business flights and brands nearly a quarter of all FBOs. He was right long ago about its potential.

The original four-person staff has expanded to roughly 1,000 employees globally, and one notable addition signed on in 2011. An investment analyst for a hedge fund with an MBA and bachelor’s in economics from Harvard, C.R. Sincock II easily transitioned into his father’s company. After all, while at Harvard he researched and wrote papers on the supply-and-demand economics of jet fuel, price fluctuations in jet fuel during supply/demand shocks and a competitive analysis of Avfuel’s position in the marketplace.

Now, as Avfuel’s executive vice president, “CR” is in charge of the company’s global business strategy, analyzing potential expansion moves and possible acquisitions in the U.S. and internationally.

One of the company’s main focuses is on increasing production and distribution of sustainable aviation fuel (SAF) throughout the aviation community. The fuel, which can be blended with fossil-based Jet A, is both expensive and hard to find—there’s only one refiner in the U.S.—but the senior Sincock notes that number is increasing both in the U.S. and abroad, and as they come online SAF’s current high price should begin to fall.

That progress cannot come too soon as far as he is concerned, because aviation in general, but business aviation in particular, is being branded as polluters (see page 32), its byproduct being carbon dioxide. While SAF will not eliminate that, when compared to traditional Jet A, its CO2 output is reduced by as much as 85% over its life cycle. And Avfuel, along with its many competitors, is ready and eager to deliver.

Meanwhile, as when he first entered the business world, Sincock, who holds an Air Transport Pilot license, continues to fly to conduct face-to-face sessions with clients, suppliers and to support industry campaigns, only now the former collegiate flying clubber does so most often in his global conglomerate’s Citation Citation XLS+ or Dassault Falcon 2000LXS.

Read it at aviationweek.com.