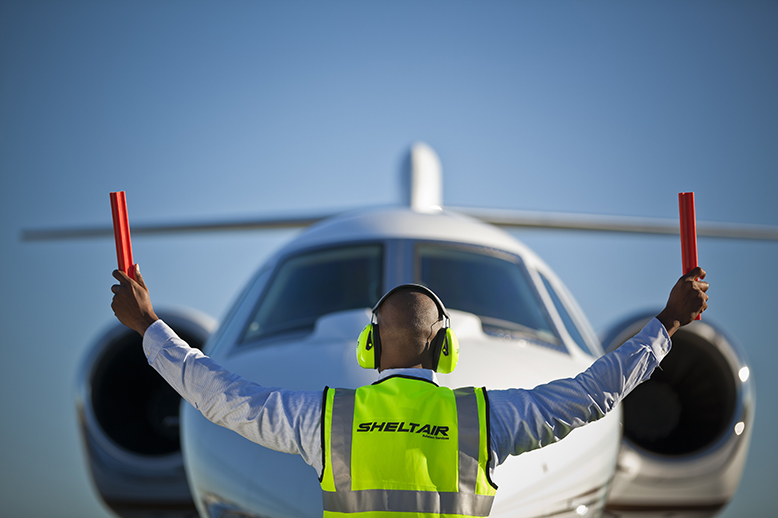 The Sheltair team looks forward to welcoming guests to its Fort Lauderdale (KFLL) facility—a mere 13 miles from the stadium in the heart of South Florida—with game-day services and festivities to kick off a successful trip. These include: on-site Hertz rentals, an on-site café and catering representative, a super-fan tailgate party for base and transient pilots, and the ultimate watch lounge in its hangar.

Furthermore, FLL offers a TSA Gateway Screening Program—while general aviation aircraft have been restricted at OPF, HWO and FLL to arrive between 16:30 and 23:30 on February 2, FLL has been approved for gateway screening. Flights that comply with screening protocols will be permitted to depart FLL between 18:30 and 23:30.

Those flying in with up to mid-size jets may also find Sheltair Pompano Beach (KPMP) an ideal overflow alternative. The facility offers less congestion, while situated conveniently within 30 miles of the arena.

The Sheltair team is no stranger to hosting traffic for large events. Along with the big game, Sheltair is prepared to welcome traffic for various NCAA bowl games and NASCAR fans as they open and close their regular season at Daytona International Speedway. The Sheltair team is prepared for an uptick in racing traffic, especially as the highly-anticipated Ford v Ferrari movie drums up excitement for the 2020 season.

“It’s always a busy time of year for us and we wouldn’t have it any other way,” said Tom Craft, SVP of FBO Operations for Sheltair. “We are excited to host bowl traffic throughout our Florida locations—including Fort Lauderdale, Tampa, Orlando and Jacksonville—as well as race traffic in Daytona. It’s such a fun time of year and we’re thrilled to offer our first-class services to pro football’s big game traffic.”

In addition to 2020’s big game, Sheltair is excited to welcome traffic to 2021’s as pro football takes its championship match to Tampa.