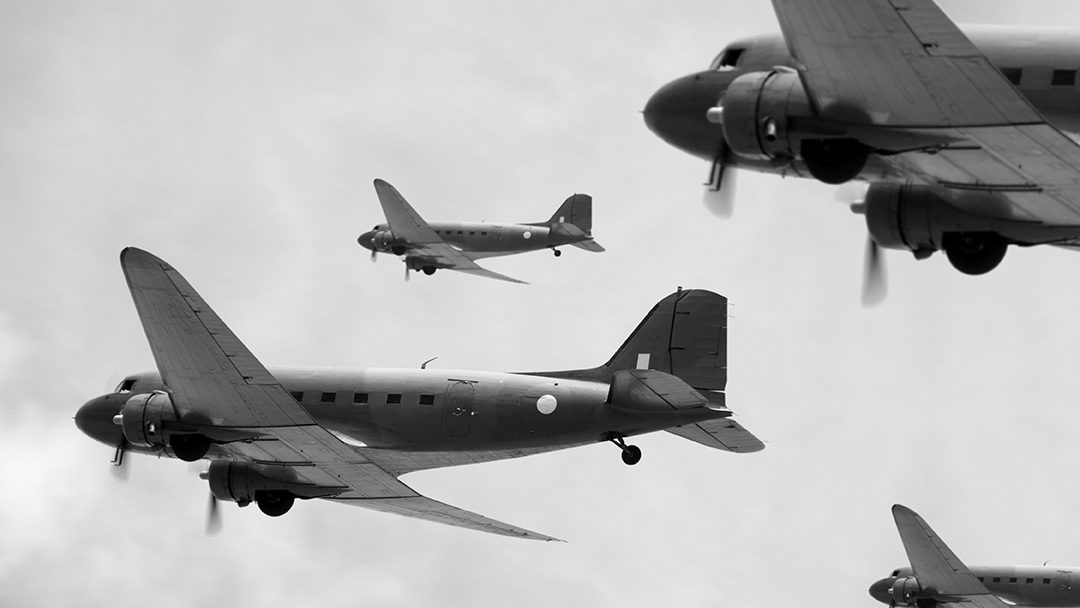 PRESQUE ISLE, Maine (AP) / May 19, 2019 — The thunder in the skies over northern Maine harkens to another era: World War II.

Ten to 12 vintage C-47 aircraft are making a stop for a meet-and-greet Sunday in Presque Isle before continuing on to France for the 75th anniversary of D-Day.

Presque Isle International Airport Director Scott Wardwell said it’s likely the largest number of C-47s since World War II to convene in Presque Isle, which was the last U.S. stop for many allied aircraft flying to the European theater.

The Douglas C-47 was a military transport aircraft that was used extensively by the allies. They transported troops and cargo.

The anniversary of the allied invasion of France, called D-Day, is on June 6.