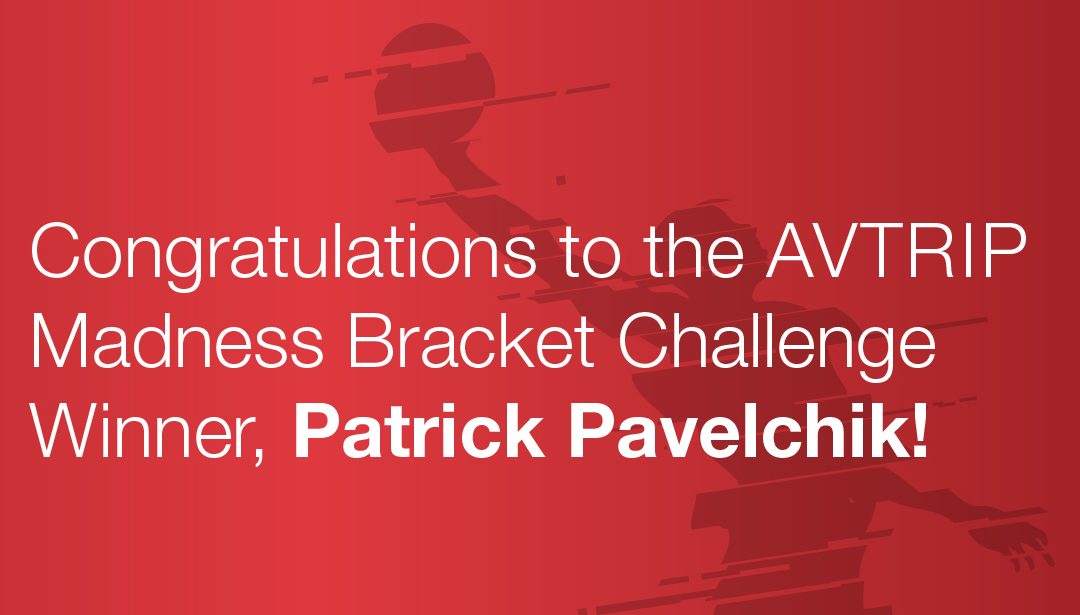 A pilot for Gary Jet Center, Pavelchik is an avid AVTRIP and Avfuel Contract Fuel user. He travels to about 75% of the college towns, but doesn’t typically pay too much attention to basketball, only filling out about two brackets a year. This was Pavelchik’s second year filling out an AVTRIP bracket. To prepare for the tournament in the weeks prior, he read up on the teams, looked at other brackets, and—most importantly—picked someone other than Duke to win simply to go against the majority.

In the end, it came down to one of the closest endings in AVTRIP Madness Bracket Challenge history.

“The other night when the Virginia game was on, I had done the math and I knew what I needed to have happen for me to have a chance to win, because I was down a point but the guy who was in first place had Duke winning so he was done…” said Pavelchik.  “I did the math on how many points I needed total for the tie breaker, and…the exact midpoint between me and the other guy for the tiebreaker score was 68 points per team. The final before the overtime, the tie score was 68 so as soon as it went to overtime and I saw that it was 68-68, I knew that I had won as long as Virginia had won because there was going to be at least one more point either way.

“I was running back and forth between my kitchen and sending snap chats to all my friends because they knew what was going on too, and my boss as well.”

This year, nearly 250 pilots participated in the challenge, making predictions, filling out brackets and hoping to score the top spot with a slam-dunk entry.

“It’s just a lot of fun,” said Marci Ammerman, Avfuel’s vice president of marketing. “The pilots become really engaged and love filling out their brackets. It’s our way of adding to the excitement every year and a simple way to thank our loyal members for their participation.”

In addition to the bracket challenge, AVTRIP members benefited from a slew of Avfuel-branded locations awarding lucrative bonus points during the tournament.