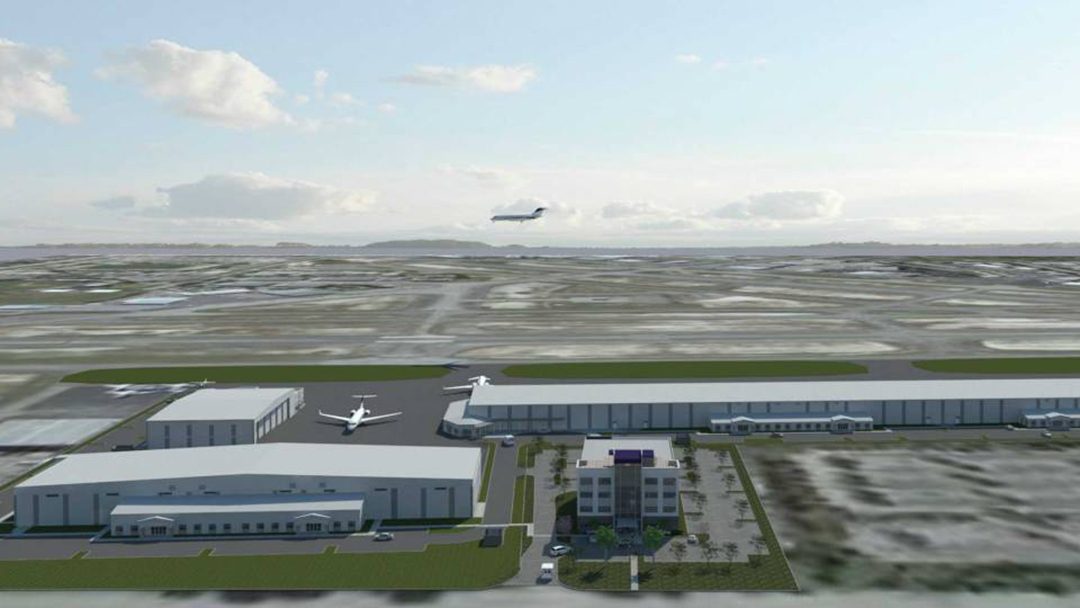 “This is an exciting project for us as we are partnering with Banyan Air Service to create the type of facility that complements our respective firms; Sheltair building and managing a new state-of-the-art, multi-million dollar aviation facility, and Banyan’s top-of-the-line, red carpet FBO services and support to a discerning customer,” said Jerry Holland, founder, chairman, and CEO of Sheltair, which operates an FBO nearby at Fort Lauderdale–Hollywood International Airport. “It represents the mutual respect two aviation service companies have for each other, and a shared commitment to excellence.”

Banyan president Don Campion echoed that sentiment: “On occasion, we may be proud competitors, but at Fort Lauderdale Executive Airport, we’ve aligned our interests with one another for almost 40 years.”

The facility is slated for a late 2019 ribbon-cutting, when Banyan’s satellite terminal will open 24/7 to provide ground handling and customer services. Todd Anderson, Sheltair’s senior vice president for real estate and development, said the project has already received considerable interest from local flight departments looking for more space. He added that customized build-outs are an option and the company is offering “early bird” incentive packages for fuel and other amenities.

“This significant investment reflects the strength of our economy and the tremendous confidence Sheltair and Banyan have in Fort Lauderdale Executive Airport,” said city mayor Dean Trantalis. “The project is a credit to Sheltair’s ability to bring development to our city that builds value, creates jobs, and continues to drive economic growth.”